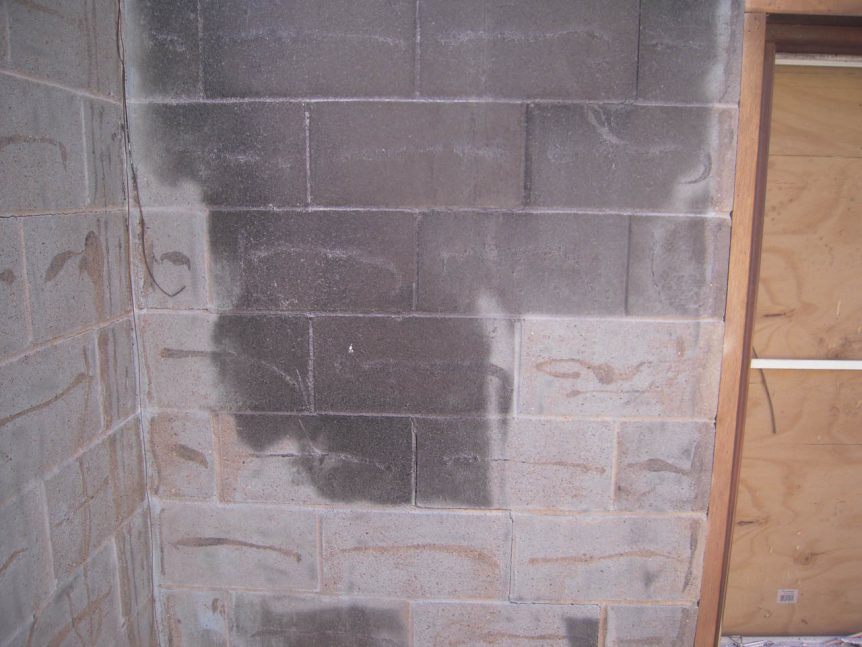 In the aftermath of a house fire, a homeowner can anticipate a great deal of time and money spent to restore the structure to a habitable condition. Even very minor fires can create such a condition.

Snow White Services recently assisted a homeowner who had experienced a small fire in his basement. A lightning strike resulted in a chair positioned near an electrical outlet catching fire, resulting in a very small, yet very smoky fire. Even though the fire was extinguished quickly, and very little structural damage occurred, the entire house was filled with smoke, which permeated nearly every pore of the building.

Snow White Services was contracted by a restoration company to remove soot from the floor, walls, and ceiling joists in the basement area. All the wood surfaces of the joist structure, as well as the poured concrete walls and floor were covered with soot from the smoky fire. After surveying the basement, it was decided that dry ice blasting would be the best method to accomplish the task.

Dry ice blasting offers several advantages over other cleaning methods. There are no hazardous chemicals involved, eliminating dangers to workers and the environment, as well as reducing disposal costs; and the cleanup is minimal, limited only to the material removed from the sooty surface.

An air compressor was brought to the site, and the dry ice blasting machines were set in place with blast hoses running into the basement. Because of the potential buildup of carbon dioxide which can occur when the dry ice is pulverized after it hits the surface being blasted, high-capacity ventilation fans were also set up to provide fresh air to the operators.

The project was completed in 2 working days. All the soot was removed, and the surfaces were ready for the sealant to be applied by the restoration company.

Dry ice blasting is useful for a wide variety of cleaning projects. Whether it’s cleaning buildup in an industrial oven, removing baked-on dirt and oil from a large diesel genset, or ridding a machinery framework of hazardous rust inhibitor prior to decommissioning, Snow White Services’ dry ice blasting services provide a cost-effective, efficient, and environmentally-friendly way to get the job done.